I’ve recently replaced my Nexus 5X with a Xiaomi Mi 5, just before 5X dies in a bootloop like everyone else’s does. Both devices have USB Type C ports, so you can just use whatever Type C charger for both without worrying which one is for LG and which one is for Xiaomi, right? Well, almost…

When you connect the Xiaomi’s charger (black cable) to the Nexus phone, and Nexus’ charger (white cable) to Xiaomi, both phones charge properly - you can see “Charging” in the bottom of both screens. 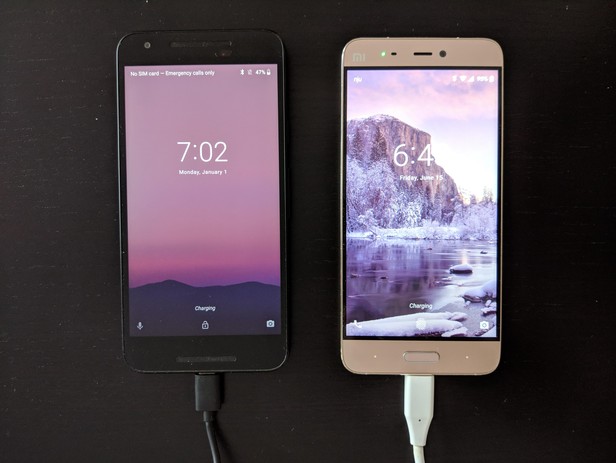 They charge properly except one tiny little detail. Both devices have “rapid charging” feature, which promises to charge the battery much quicker than normally. Let’s swap the cables. 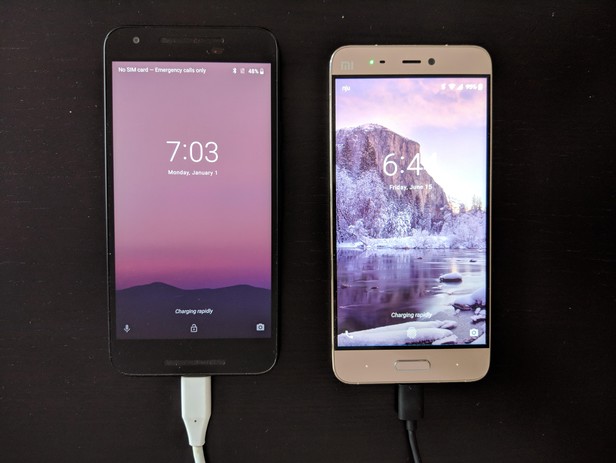 Let’s have a look at the chargers then. 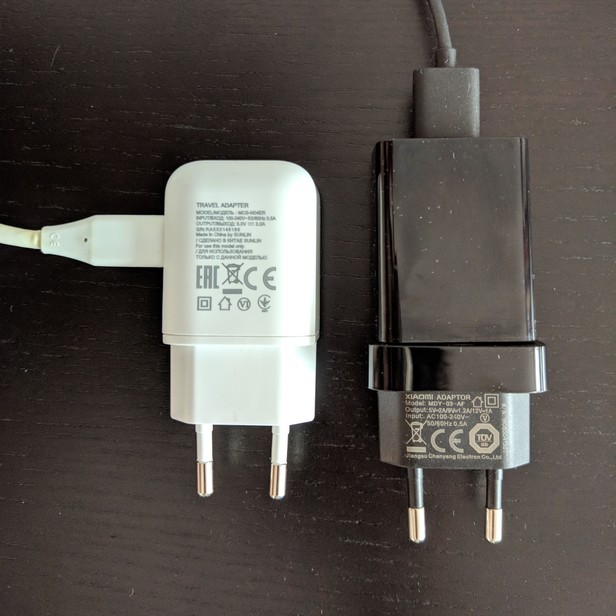 It gets even more interesting when you connect the Xiaomi to a USB PD enabled charger - it won’t charge at all because Mi 5 doesn’t support PD.